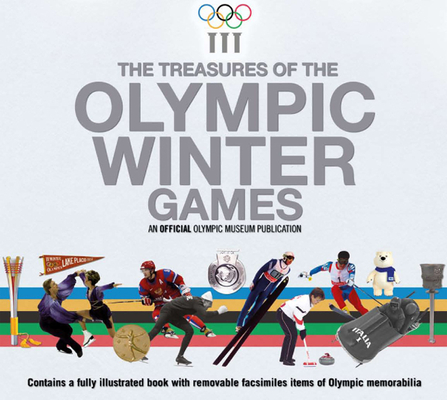 The Treasures of the Olympic Winter Games (Hardcover)

Get closer to the world's most exciting sporting spectacle than ever before Published in association with the official Olympic Museum and the International Olympic Committee (IOC), this lavish volume of treasures brings to life the glorious history of the Olympic Winter Games. Thrill at the incredible exploits of global Olympic legends past and present, from Sonja Henie, Gretchen Fraser, and Jean-Claude Killy to Shaun White and Meng Wang. In addition to hundreds of photographs, more than 20 removable artifacts from the Olympic Museum's exclusive archive include historical documents, tickets, programs, collectible cards, full-size posters, and even a personal letter from a President of the United States.

Staff at The Olympic Museum in Lausanne, Switzerland have written the text under the auspices of the International Olympic Committee, organizers of the Olympic Games movement.
or
Not Currently Available for Direct Purchase
Copyright © 2020 American Booksellers Association