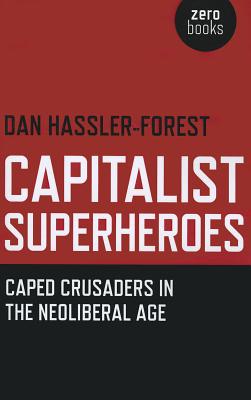 Caped Crusaders in the Neoliberal Age

In the same way that Stallone and Schwarzenegger played film heroes who came to embody the values of Ronald Reagans aggressive conservative agenda in the 1980s, the 21st-century film narratives of Batman, Spider-Man and Superman reflect the policies of the Bush Doctrine after 9/11. This book offers a groundbreaking study of the relationship that exists between post-9/11 American politics and the contemporary superhero movie phenomenon. No other Hollywood subgenre was as consistently popular during the George W. Bush presidency, as films such as Spider-Man, Superman Returns, Iron Man, and The Dark Knight embodied the key contradictions that inform the cultural and political life of the post-9/11 years. By combining in-depth analyses of numerous major superhero films from this era with astute readings of contemporary critical theory, this book offers accessible and academically potent insight into the complex interplay between politics, ideology, and entertainment in the 21st century.

Dan Hassler-Forest is assistant professor of film and literature at the University of Amsterdam. He publishes widely on comics, American cinema, popular literature, and critical theory. He is originally from New York but has lived most of his life in Netherlands.
Loading...
or
Not Currently Available for Direct Purchase