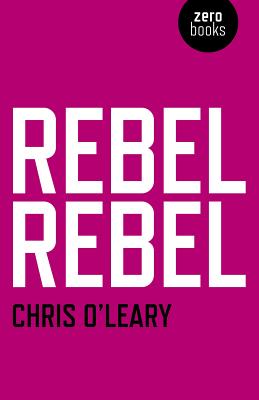 David Bowie: every single song. Everything you want to know, everything you didn't know. David Bowie remains mysterious and unknowable, despite 45 years of recording and performing. His legacy is roughly 600 songs, which range from psychedelia to glam rock to Philadelphia soul, from avant-garde instrumentals to global pop anthems. Rebel Rebel catalogs Bowie's songs from 1964 to 1976, examines them in the order of their composition and recording, and digs into what makes them work. Rebel Rebel is an in-depth look at Bowie's early singles and album tracks, unreleased demos, session outtakes and cover songs. The book traces Bowie's literary, film and musical influences and the evolution of his songwriting. It also shows how Bowie exploited studio innovations, and the roles of his producers and supporting musicians, especially major collaborators like Brian Eno, Iggy Pop and Mick Ronson. This book places Bowie's music in the context of its era. Readers will discover the links between Kubrick's 2001 and Space Oddity; how A Clockwork Orange inspired Suffragette City. The pages are a trip through Bowie's various lives as a young man in Swinging London, a Tibetan Buddhist, a disillusioned hippie, a rock god, and a Hollywood recluse. With a cast of thousands, including John Lennon, William S. Burroughs, Andy Warhol and Cher.

Chris O'Leary is a writer and editor, and author of the music blog Pushing Ahead of the Dame at http: //bowiesongs.wordpress.com. (TIME's Best Blogs of 2011
Loading...
or
Not Currently Available for Direct Purchase