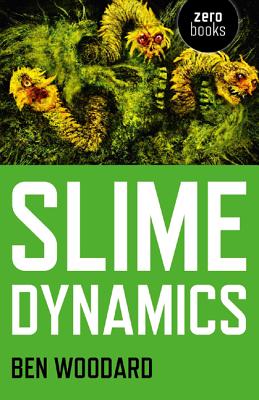 Generation, Mutation, and the Creep of Life

Despite humanity's gradual ascent from clustered pools of it, slime is more often than not relegated to a mere residue--the trail of a verminous life form, the trace of decomposition, or an entertaining synthetic material--thereby leaving its generative and mutative associations with life neatly removed from the human sphere of thought and existence. Arguing that slime is a viable physical and metaphysical object necessary to produce a realist bio-philosophy void of anthrocentricity, this text explores naturephilosophie, speculative realism, and contemporary science; hyperbolic representations of slime found in the weird texts of HP Lovecraft and Thomas Ligotti; as well as survival horror films, video games, and graphic novels, in order to present the dynamics of slime not only as the trace of life but as the darkly vitalistic substance of life.

Benjamin Graham Woodard is a first year PhD student in Theory and Criticism at the University of Western Ontario. His blog, Naught Thought, combines contemporary continental philosophy, evolutionary biology, and weird fiction towards constructing a theory of dark vitalism. He is also cofounder of the online collective Speculative Heresy, which serves as the American center and textual archive for Speculative Realism and Non Philosophy.
Loading...
or
Not Currently Available for Direct Purchase