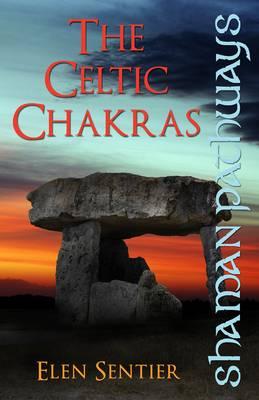 We've largely forgotten our ancient Celtic chakra heritage, indeed some people think there is no concept of chakras in the western tradition but this is not the case. The chakras are found throughout the mystery traditions all over the world, well known to our hunter-gather ancestors and the spirit keepers who led them. They are hidden deep in the ancient stories and myths of Britain. This book leads you through the lore of Arianrhod and her Spinning Towers, the riddling Gaelic poem The Cauldrons of Poesy, the rainbow bridge of Brighid and the ways and caers of the ancient British reindeer goddess, Elen of the Ways. There are journeys, meditations and exercises to help you get the feel of the Celtic chakra system into your bones.

Elen Sentier is a spirit keeper and taleweaver from a long family lineage. Her mother's mother was a witch from the Isle of Man while her father was a cunning man whose family were very closely involved with Annie Besant and Rudolf Steiner. She was born on Dartmoor, grew up on the edge of Exmoor and now lives (with husband, cats and wildlife) in the back of beyond, by the river Wye in the Welsh Marches where she writes and teaches British native shamanism.
Loading...
or
Not Currently Available for Direct Purchase