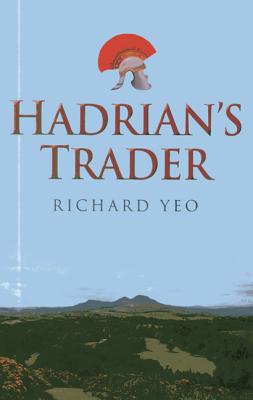 Lucius is a young Centurion in the time of Hadrian, serving at Trimontium, modern-day Melrose in southern Scotland. Trista is a Roman patrician girl, living in Gaul. She is orphaned and becomes a vagrant when her parents are killed by traitors plotting to overthrow the emperor. Following the death of his wife, Lucius becomes an imperial agent, operating beyond the borders of the Empire as a trader, seeking signs of invasion. He meets Trista who is under threat of assassination. The story follows their flight across Gaul, pursued by evil forces, to the German forests in a race to avert invasion and the death of the emperor.

Richard lives on the east coast of southern Scotland. A naval officer for most of his career, he became a successful thatcher on retirement. He has had a lifelong interest in the Roman era, especially its lingering influence upon Caledonia and its Celtic tribes.
Loading...
or
Not Currently Available for Direct Purchase