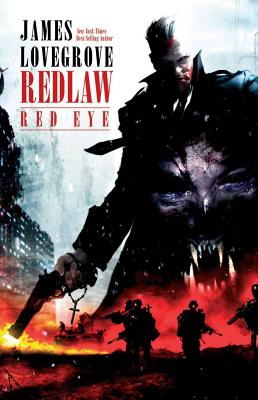 John Redlaw, policeman to the damned, marginalised vampires, comes to America to uncover a devastaing conspiracy. Emigrant vampries are the bane and burden of the modern world, they have few friends and only one defender, Redlaw, a man conflicted in his loyalties to humanity and to justice.

The eastern seaboard of the USA is experiencing the worst winter weather in living memory, and John Redlaw is in the cold white thick of it. He’s come to America to investigate a series of vicious attacks on vampire immigrants – targeted kills that can’t simply be the work of amateur vigilantes.

The conspiracy Redlaw uncovers could give Tina the career break she’s been looking for. It could also spell death for Redlaw.

James Lovegrove published his first novel at the age of twenty-four and has since written more than 35 books. He has been shortlisted for numerous awards, including the Arthur C. Clarke Award, the John W. Campbell Memorial Award and the Manchester Book Award, and his work has been translated into 15 languages.
Loading...
or
Not Currently Available for Direct Purchase