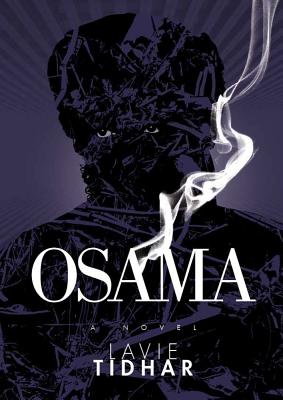 In an alternate world without global terrorism, a private detective is hired by a mysterious woman to track down the obscure creator of the fictional vigilante, Osama Bin Laden...

Joe’s identity slowly fragments as his quest takes him across the world, from the backwaters of Asia to the European capitals of Paris and London. He discovers the shadowy world of the Refugees, ghostly entities haunting the world in which he lives. Where do they come from? What do they want? Joe knows how the story should end, but is he ready for the truths he will uncover... or the choice he will have to make?

Praise For Osama: A Novel…

‘Not a writer to mess around with half measures… brings to mind Philip K Dick’s seminal science fiction novel The Man in the High Castle.’ -- The Guardian
— The Guardian

‘The author is young, ambitious, skilled and original. Osama is an ingenious inversion of modern history... excellent, evocative and atmospheric.’ -- Christopher Priest

Lavie Tidhar was in Dar-es-Salaam during the American embassy bombings in 1998, and stayed in the same hotel as the Al Qaeda operatives in Nairobi. Since then he and his now-wife have narrowly avoided both the 2005 London, King’s Cross and 2004 Sinai attacks—experiences that led to the creation of Osama. He is the author of many novels, including the Bookman trilogy and is a prolific short story writer.
Loading...
or
Not Currently Available for Direct Purchase