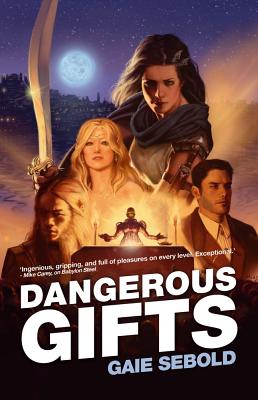 Babylon Steel, owner of the Red Lantern brothel – and former avatar of the goddess of sex and war – has been offered a job. Two jobs, really: bodyguard to Enthemmerlee, a girl transformed into a figure of legend... and spy for the barely-acknowledged government of Scalentine. The very young Enthemmerlee embodies the hopes and fears of many on her home world of Incandress, and is a prime target for assassination.

Babylon must somehow turn Enthemmerlee’s useless household guard into a disciplined fighting force, dodge Incandress’s bizarre and oppressive Moral Statutes, and unruffle the feathers of a very annoyed Scalentine diplomat. All of which would be hard enough, were she not already distracted by threats to both her livelihood and those dearest to her...