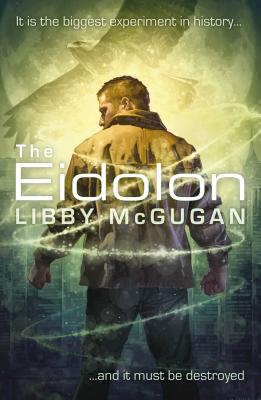 When physicist Robert Strong – newly unemployed and single – is offered a hundred thousand pounds for a week’s work, he’s understandably sceptical. But Victor Amos, head of the mysterious Observation Research Board, has compelling proof that the next round of experiments at CERN’s Large Hadron Collider poses a real threat to the whole world. And he needs Robert to sabotage it.Robert’s life is falling apart. His work at the Dark Matter Research Laboratory in Middlesbrough was taken away from him; his girlfriend, struggling to cope with the loss of her sister, has left. He returns home to Scotland, seeking sanctuary and rest, and instead starts to question his own sanity as the dead begin appearing to him, in dreams and in waking. Accepting Amos’s offer, Robert flies to Geneva, but as he infiltrates CERN, everything he once understood about reality and science, about the boundary between life and death, changes forever.Mixing science, philosophy and espionage, Libby McGugan’s stunning debut is a thriller like no other.

Libby McGugan was born 1972 in Airdrie, a small town east of Glasgow in Scotland, to a Catholic mother and a Protestant-turned-atheist father, who loved science. She enjoyed a mixed diet of quantum physics, spirituality, George Lucas and Steven Spielberg. Her ambition was to grow up and join the Rebel Alliance in a Galaxy Far, Far Away. Instead she went to Glasgow University and studied medicine. A practising doctor, she has worked in Scotland, in Australia with the Flying Doctors service and, for a few months, in a field hospital in Basra, during the second Gulf War. She loves travelling and the diversity in how different people see the world. She has been trekking in the Himalaya of Bhutan, potholing in Sarawak, backpacking in Chile and Europe, and diving in Cairns.
Loading...
or
Not Currently Available for Direct Purchase