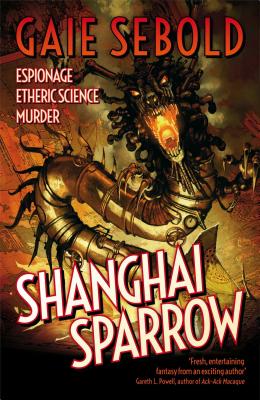 Eveline Duchen is a thief and con-artist, surviving day by day on the streets of London, where the glittering spires of progress rise on the straining backs of the poor and disenfranchised. Where the Folk, the otherworldly children of fairy tales and legends, have all but withdrawn from the smoke of the furnaces and the clamour of iron. Caught in an act of deception by the implacable Mr Holmforth, Evvie is offered a stark choice: transportation to the colonies, or an education - and utter commitment to Her Majesty's Service - at Miss Cairngrim's harsh school for female spies. But on the decadent streets of Shanghai, where the corruption of the Empire is laid bare, Holmforth is about to make a devil's bargain, and Eveline's choices could change the future of two worlds...