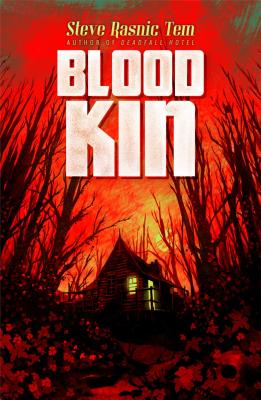 Steve Rasnic Tem's new novel Blood Kin is set in the southern Appalachians of the U.S., alternating between the 1930s and the present day.

It's a dark Southern Gothic vision of ghosts, witchcraft, secret powers, snake-handling, Kudzu, Melungeons, and the Great Depression. Blood Kin is told from the dual points of view of Michael Gibson and of his grandmother Sadie. Michael has returned to the quiet Appalachian home of his forebears following a suicide attempt and now takes care of his grandmother old and sickly but with an important story to tell about growing up poor and Melungeon (a mixed race group of mysterious origin) while bedeviled by a snake-handling uncle and empathic powers she but barely understands. In a field not far from the Gibson family home lies an iron-bound crate within a small shack buried four feet deep under Kudzu vine. Michael somehow understands that hidden inside that crate is potentially his own death, his grandmother's death, and perhaps the deaths of everyone in the valley if he does not come to understand her story well enough.

Steve Rasnic Tem was born and raised in Lee County, Virginia, in the heart of Appalachia. He is the author of over 350 published short stories and is a past winner of the Bram Stoker, International Horror Guild, British Fantasy, and World Fantasy Awards. Following the publication last year of his Solaris novel Deadfall Hote, Steve has published two short story collections Ugly Behavior (New Pulp Press) and Onion Songs (Chomu) soon to be joined by Celestial Inventories (ChiZine) and Twember (Newcon). In 2014 PS Publishing will bring out his standalone novella In the Lovecraft Museum.
Loading...
or
Not Currently Available for Direct Purchase