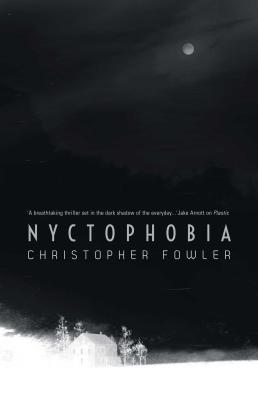 “It’s a strange thing, nyctophobia. You’re not born with it. It can start at any time. It comes and goes, and it’s one of the only phobias you can transmit to other people.”

Newly-married architect Callie and her wealthy husband Mateo move to Hyperion House, a grand old home in southern Spain. It’s an eccentric place built in front of a cliff: serene and beautiful, but eerily symmetrical, and cunningly styled so that half the house is flooded with light, and half – locked up and neglected – is shrouded in darkness. Unemployed and feeling isolated in a foreign country, Callie determines to research the history of the curious building.

But the past is sometimes best left alone. Uncovering the folklore of the house’s strange history, Callie is drawn into darkness and delusion. As a teenager Callie was afraid of the dark, and now with her adolescent nyctophobia returning she becomes convinced there’s someone in the darkened rooms.

Somewhere in the darkness lies the truth about Hyperion House. But some doors should never be opened.

Born in Greenwich, London, Christopher Fowler is the multi-award winning author of the lauded Bryant & May Peculiar Crimes Unit mystery novels. Solaris published his horror novel Hell Train in 2012 and Plastic in 2013. He is a regular columnist for both The Independent on Sunday and The Financial Times.
Loading...
or
Not Currently Available for Direct Purchase