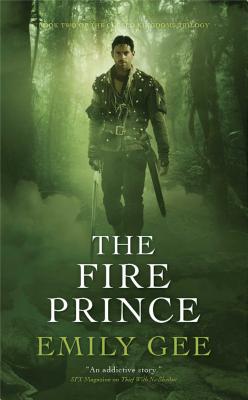 The Seven Kingdoms are in the grip of an ancient and terrible blood curse. Thousands have died. Thousands more will die. Only one man can end the curse. The fugitive Osgaardan prince, Harkeld, is that man - whether he likes it or not. But the bounty on Harkfeld's head is high. He has outrun his father's soldiers, but he can't outrun the assassins who seek him - Fithians, trained in the art of killing. Even the Sentinel mages who guide and guard him are no mtch for Fithian steel. Faced with the ever-present threat of death, Harkeld must learn to use his fire magic. Or die. Meanwhile dark plots are unfolding in Osgaard's gold-tiled palace, snaring Princess Brigitta and those she loves. And in the eastern kingdoms, yound orphan Jaume journeys with a band of mysterious and dangerous fighters, heading north for a purpose he does not understand.