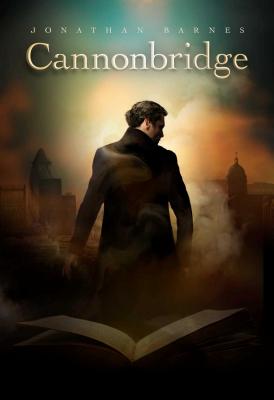 Flamboyant Matthew Cannonbridge was touched by genius, the most influential mind of the 19th century, a novelist, playwright, the poet of his generation. The only problem is, he should never have existed, and recently divorced 21st century don Toby Judd is the only person to realise something is wrong with history. Cannonbridge was everywhere: he was by Lake Geneva when talk between Byron, Shelley and Mary Godwin turned to the supernatural; he was friend to the young Dickens as he laboured in the blacking factory; he was the only man of note to visit Wilde in prison. His extraordinary life spanned a century. But as the world prepares to toast the bicentenary of Cannonbridge's most celebrated work, Judd's discovery leads him on a breakneck chase across the English canon and countryside, to the realisation that the spectre of Matthew Cannonbridge, planted so seamlessly into the heart of the 19th century, might not be so dead and buried after all...

Jonathan Barnes was born in 1979 and was educated in Norfolk and at Oxford University. His first novel, The Somnambulist, was published in 2007 and his second, The Domino Men, in 2008. Between them they have been translated into eight languages. He writes regularly for the Times Literary Supplement and the Literary Review. Since 2011, he has been writer-in-residence at Kingston University.
Loading...
or
Not Currently Available for Direct Purchase