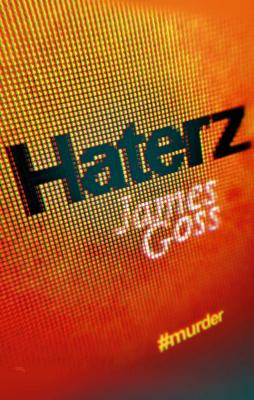 A blackly comic crime novel about a one-man crusade to rid the internet of haters, flamers, trolls and vaguebookers... even if he has to kill to do it.

Is there someone online who really grates on you? That friend who's always bragging about their awesome life and endlessly sharing tired memes, and who just doesn't get jokes? Look at your Twitter feed: don't you get cross at the endless rage, the thoughtless bigotry and the pleading for celebrity retweets? Meet Dave, a street fundraiser and fan of cat pictures. He's decided that unfollowing just isn’t enough. He's determined to make the internet a nicer place, whatever it takes. When he killed his best friend's girlfriend, he wasn't planning on changing the world. She was just really annoying on Facebook. But someone saw, and made him an offer. Someone who knows what he's capable of, and wants to use him to take control of the darkness at the heart of the internet. And now the bodies – the comment trolls, the sexual predators, the obnoxious pop stars – are starting to mount up...

“Wildly, savagely funny… This book makes me furious. It makes me dizzy. It makes me roar… this book should be SEEN, it should be READ, it is IMPORTANT.”
— Russell T Davies

“Haterz is horribly accurate about the way we live now, and proves that good liberals make the best (and funniest) serial killers. The jokes are smart,the plotting is vicious and the story will shame anyone who’s spent too much time faffing on Facebook. Mr Goss has crafted the first truly mean-spirited internet psycho-satire.”
— Christopher Fowler, author of the Bryant and May books

“James Goss is dangerous. His work makes you laugh one moment then, just as he’s weakened your defenses, he attacks with a killing blow.”
— Guy Adams, author of The Clown Service

“If you’ve ever written anything unwise on the Internet or felt that social media is just too dominant in our lives, this will appeal to you.Partially an angry polemic against the way technology has shaped our worldview,but mostly a very clever social satire, Haterz is a technological thriller that actually understands how the World Wide Web has changed people. Funny, clever and shocking, this book, somewhat ironically,deserves to go viral.”
— Starburst Magazine

James Goss has written three Torchwood novels, a Doctor Who novel and two radio plays. He won Best Audiobook 2010 and his books Dead of Winter and First Born were both nominated for the 2012 British Fantasy Awards.
Loading...
or
Not Currently Available for Direct Purchase