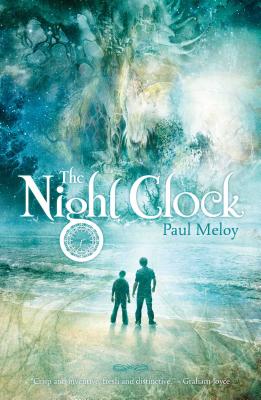 An incredible debut novel that will move and terrify you, as reality itself is threatened by a world just beyond our own. And still the Night Clock ticks... Phil Trevena's boss is an idiot, his daughter is running wild, and his patients are killing themselves. There is something terrible growing in Phil that even his years as a mental health worker can't explain - until he meets the enigmatic Daniel, and learns of the war for the minds of humanity that rages in Dark Time, the space between reality and nightmares measured by the Night Clock. Drawn into the conflict, Phil and Daniel encounter the Firmament Surgeons, a brave and strange band that are all that prevents the nightmarish ranks of the Autoscopes overrunning us. The enemy is fuelled by a limitless hatred that could rip our reality apart. To end the war the darkness that dwells in the shadow of the Night Clock must be defeated...
Paul Meloy's extraordinarily rich debut novel introduces us to a world just beyond our own, shattering our preconceptions about creativity and the human mind, and presenting us with a novel like no other.

Paul Meloy was born in 1966 in South London. He is the author of Islington Crocodiles and Dogs with Their Eyes Shut, and the forthcoming collection Electric Breakfast. His work has been published in Black Static, Interzone and a variety of award winning anthologies. He lives in Devon with his family.
or
Not Currently Available for Direct Purchase