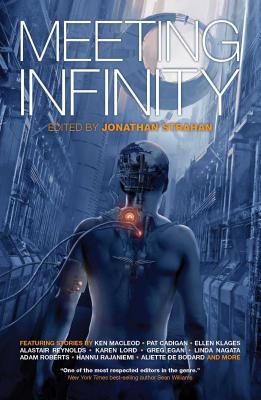 The Future Is Ourselves

The world is rapidly changing. We surf future-shock every day, as the progress of technology races ever on. Increasingly we are asking: how do we change to live in the world to come?

Whether it’s climate change, inundated coastlines and drowned cities; the cramped confines of a tin can hurtling through space to the outer reaches of our Solar System; or the rush of being uploaded into cyberspace, our minds and bodies are going to have to drastically alter.

Yoon Ha Lee's debut novel, Ninefox Gambit, won the Locus Award for best first novel and was a finalist for the Hugo, Nebula, and Clarke awards. Its sequels, Raven Stratagem and Revenant Gun, were also Hugo finalists. His middle grade novel Dragon Pearl was a New York Times bestseller, and won the Mythopoeic Award and the Locus Award for YA. His most recent book is Tiger Honor, a companion novel to Dragon Pearl. Lee lives in Louisiana with his family and an extremely lazy cat, and has not yet been eaten by gators.
Loading...
or
Not Currently Available for Direct Purchase