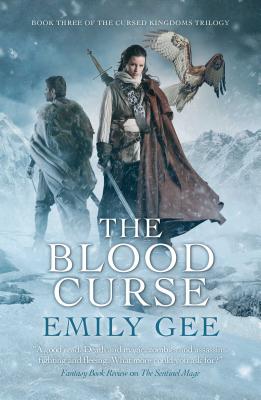 Those who drink the water shall thirst for blood. They shall be as wild beasts. A blood curse is ravaging the Seven Kingdoms. Fugitive Osgaardan prince, Harkeld, is the one person who can destroy it. Guarded by Sentinel mages, pursued by Fithian assassins, he begins the final-and most dangerous-stage of his quest: entering the cursed kingdom of Sault, where drinking even one drop of water means madness and death. But the mages aren't the only travellers heading east. Princess Brigitta, abducted by Fithian assassins, is also bound for Sault-unless she can escape. And in close pursuit is her loyal armsman, Karel. Young orphan, Jaume, is also headed for Sault-where he will be forced to make decisions that will change the fate of the Seven Kingdoms forever.