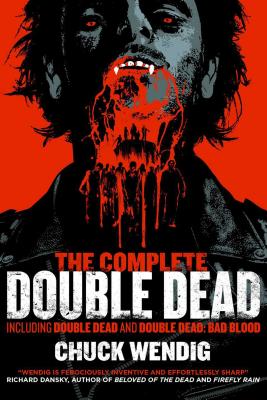 The Complete Double Dead (Tomes of The Dead )

A VAMPIRE IN ZOMBIELAND

You wouldn’t like Coburn. People don’t, as a rule. And that’s okay, because he doesn’t like people much either. People are food.

Five years ago, Coburn went to sleep – wasn’t exactly planned – and he’s just woken up to find most everybody in the world dead. Not dead like him; he looks human, drinks blood. He’s smart. They’re... none of those things. They outnumber him by about a million to one, and their clotted blood cannot sustain him.

Now he’s starving, and on the run. He has to find blood, soon, and – like it or not – he’s gonna have to keep an eye on the frail flesh-bags he finds it in. Time for the wolf to turn shepherd.

No, Coburn doesn’t like people. But he’ll have to learn to.