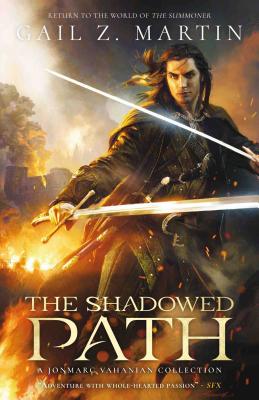 These are the untold tales of Jonmarc Vahanian, hero of Gail Z. Martin's best-selling Chronicles of the Necromancer series. Jonmarc Vahanian was just a blacksmith's son in a small fishing village before raiders killed his family. Wounded and left for dead in the attack, Jonmarc tries to rebuild his life. But when a dangerous bargain with a shadowy stranger goes wrong, Jonmarc finds himself on the run, with nothing ahead but vengeance, and nothing behind him but blood. Soldier. Fight slave. Smuggler. Warrior. Brigand lord. If you've met Jonmarc Vahanian in the Chronicles of the Necromancer and Fallen Kings Cycle books, you don't really know him until you walk in his footsteps. This is the first segment of his journey.

Gail Z. Martin is the best-selling author of Chronicles of the Necromancer series, the Deadly Curiosities series and, with Larry N. Martin, the new steampunk adventure, Iron and Blood for Solaris. She has also written the The Ascendant Kingdoms Saga and The Fallen Kings Cycle for Orbit Books
Loading...
or support indie stores by buying on