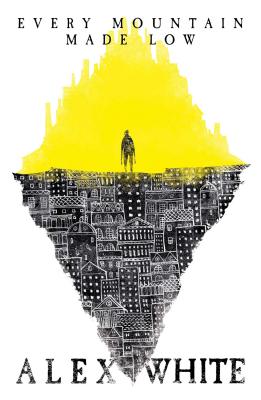 Every Mountain Made Low

Loxley Fiddleback can see the dead, but the problem is... the dead can see her.

Ghosts have always been cruel to Loxley Fiddleback, especially the spirit of her only friend, alive only hours before. Loxley isn’t equipped to solve a murder: she lives near the bottom of a cutthroat, strip-mined metropolis known as “The Hole,” suffers from crippling anxiety and doesn’t cotton to strangers. Worse still, she’s haunted.

She inherited her ability to see spirits from the women of her family, but the dead see her, too. Ghosts are drawn to her like a bright fire, and their lightest touch leaves her with painful wounds.

Loxley swears to take blood for blood and find her friend’s killer. In doing so, she uncovers a conspiracy that rises all the way to the top of The Hole. As her enemies grow wise to her existence, she becomes the quarry, hunted by a brutal enforcer named Hiram McClintock. In sore need of confederates, Loxley must descend into the strangest depths of the city in order to have the revenge she seeks and, ultimately, her own salvation.

Alex White is the author of the widely acclaimed Salvagers trilogy—A Big Ship at the Edge of the Universe, A Bad Deal for the Whole Galaxy, and The Worst of All Possible Worlds—as well as official novels for Alien (The Cold Forge, Into Charybdis) and Star Trek: Deep Space Nine: Revenant. Born in Mississippi and having lived most of their life in the American South, Alex currently resides with their family in Alabama.
Loading...
or
Not Currently Available for Direct Purchase