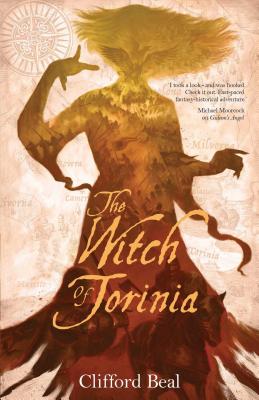 The Witch of Torinia (Paperback)

Divide... and conquer. The thrilling new epic fantasy continues Lady Lucinda della Rovera, the renegade canoness of St Dionei, secret sorceress of the "old gods," has cleverly split the One Faith into bitter factions and with the help of a pliant Duke of Torinia, launches a war to overthrow the king of Valdur and bring back the old ways. Brother Acquel Galenus, now Magister of the High Temple of Livorna, knows he must stop her, but doubts his own faith and ability. With powerful demons seeking to reenter the world through Lucinda, he must find allies, but how? Julianus Strykar, now a coronel of the mercenary company of the Black Rose, finds himself thrust into the maelstrom of civil war but false pride leads him into a battle he may not be able to win -- or survive. Captain Nicolo Danamis may have regained his fleet and command but the return of his long-lost father and lord, Valerian, has complicated his love affair with mer princess Citala. When his former lover -- the queen of Valdur -- demands his help, he and a suspicious Citala find themselves at the centre of palace intrigue as they try to avert an "alliance" with the predatory Silk Empire that will turn Valdur into a puppet kingdom. And then he learns that the crown prince may be his bastard son. Friendships, loves, and the future of Valdur all hang by a thread....

Clifford Beal is the author of Quelch's Gold, Raven's Banquet, Gideon's Angel and The Guns of Ivrea.
or
Not Currently Available for Direct Purchase
Copyright © 2020 American Booksellers Association