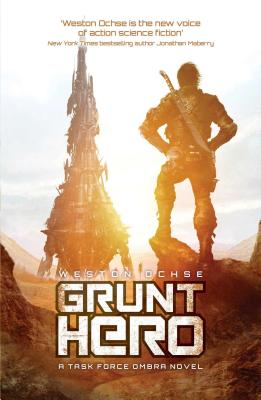 It is a time for heroes, for killers, for Grunts. In this thrilling conclusion to the breakout military SF series, we find Earth plagued with millions of miles of terraformed cities, black vines crushing concrete, revealing iron and steel. Those unable to escape the vines are empty vessels waiting to be filled, living storage for alien algorythmic thought. What else can happen? What more can be done? This has always been a time for for heroes, for Killers, for Grunts, but are they enough? Benjamin Carter Mason will be asked to return to OMBRA to help them find these answers, and what he finds will send him over the edge. In the end, his efforts won't be about survival, they'll be about revenge, and his revenge will be served in a blaze.