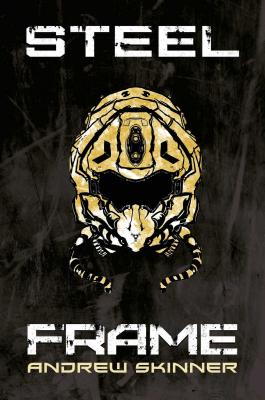 Epic tale of giant-robot battles, built around a personal story of redemption and healing.

Rook is a jockey, a soldier trained and modified to fly `shells,' huge robots that fight for the outer regions of settled space. When her shell is destroyed and her squad killed, Rook is imprisoned, left stranded, scarred and broken. Hollow and helpless without her steel frame, she's ready to call it quits. When her cohort of prisoners are sold into indenture to NorCol, a vast frontier corporation, Rook's given another shell – a near-decrepit Juno, as broken as she is and decades older – and sent to a rusting bucket of a ship on the end of known space to patrol something called "the Eye," a strange, unnerving permanent storm in space. But they're not alone.

Andrew Skinner grew up in South Africa’s coal-mining heartland, amidst orange dust and giant machinery. He now works as an archaeologist and anthropologist, interested in folklore, rain-making arts, and resistance; but the machines aren’t done with him yet. Steel Frame is his first novel.
Loading...
or
Not Currently Available for Direct Purchase