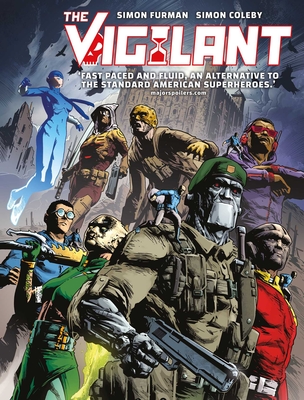 Lost in the mists of time, home-grown British superheroes once entertained and enthralled millions of kids…Now, the likes of Adam Eterno, Blake Edmonds, Thunderbolt the Avenger, and The Leopard from Lime Street are back for a new generation of readers.

Best known for writing Transformers comics, Simon Furman was instrumental in making Marvel UK a success. During the eighties and nineties he worked on many titles for them, including the aforementioned Transformers and also Action Force, Thundercats, Doctor Who Magazine as well as two series he helped create – Dragon’s Claws and Death’s Head. Simon has written several issues of Judge Dredd: Lawman of the Future and shared scripting chores with Dan Abnett on Marvel’s Guardians of the Galaxy.
Loading...
or support indie stores by buying on