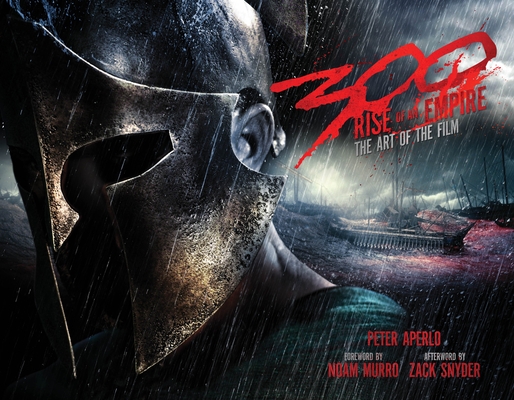 Rise of an Empire: The Art of the Film

The action adventure 300: Rise of an Empire is the highly anticipated follow-up to the 2007 international blockbuster 300.

Based on Frank Miller's latest graphic novel Xerxes, 300: Rise of an Empire is produced by Gianni Nunnari, Mark Canton, Zack Snyder, Deborah Snyder and Bernie Goldmann, and directed by Noam Murro from a screenplay by Zack Snyder & Kurt Johnstad. Told in the breathtaking visual style of 300 this new chapter of the epic saga takes the action to a fresh battlefield--on the sea--as Greek general Themistokles (Sullivan Stapleton) attempts to unite all of Greece by leading the charge that will change the course of the war. 300: Rise of an Empire pits Themistokles against the massive invading Persian forces led by mortal-turned-god Xerxes (Rodrigo Santoro), and Artemisia (Eva Green), vengeful commander of the Persian navy.

300: Rise of an Empire also stars Lena Headey, Hans Matheson, and David Wenham, and will be released in theaters on August 2, 2013.

PETER APERLO is an LA-based writer whose credits include the screenplay to the video game 300: March to Glory. He is the writer of the Watchmen Movie Companion and The Art of Watchmen movie book.

"Simply gorgeous and would easily be something you leave out for guests to marvel at, and if you’re a fan of the films then this book is a must have. Five Out of Five Stars." - SciFi Mafia

"An excellent exploration of the making of the movie." - Atomic Moo

"If you were a fan of the first 300 and can’t wait to see the sequel, this is the book for you. It contains everything you could ever want to know about Rise of an Empire and looks pretty damn cool on your coffee table as well." - Film Pulse

"I sat down and studied this book with my dad who’s a history teacher, and we both thought this was a damn cool book to enjoy. If you loved the first flick and plan on seeing the next one, you should pick this up." - Project Fandom