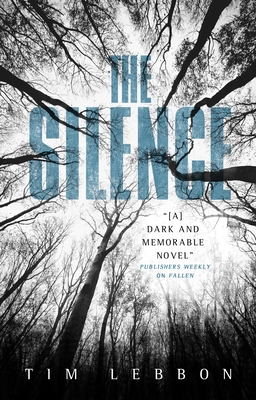 "I liked the book’s focus, its decision to not sugar-coat the catastrophe, and the way each chapter began with a snippet of an interview or Twitter feed, which let the reader know what was happening on a global scale. There is both hope and despair." - Project Fandom

"Fans of zombie literature from Max Brooks to Robert Kirkman will appreciate the family’s growing desperation and frustration as they flee the city and race headlong into the unknown, facing increasingly difficult odds." - Barnes & Noble

"To say I'm impressed is an understatement. He adeptly delivers a story that has terror, mystery, tension, and even sorrow, and even with all the monsters literally flying all over the place, it all feels very realistic. I can't see this not being one of my favorite books this year." - Horrortalk

"This is an A-grade story that grips the reader’s attention from page one. Lebbon breathes life into his characters in a manner very few are capable. He manages to create highly stimulating conflicts and tremendously gratifying resolutions, and it is truly addictive." - Horror Novel Reviews

"A compelling tale of survival and true grit." - Mystery Scene

Tim Lebbon is the New York Times bestselling author of the movie novelizations of 30 Days of Night and The Cabin in the Woods. He has also written many critically acclaimed horror and dark fantasy novels. Tim has won three British Fantasy Awards, a Bram Stoker Award, a Shocker, a Tombstone and been a finalist for the International Horror Guild and World Fantasy Awards.
Loading...
or support indie stores by buying on