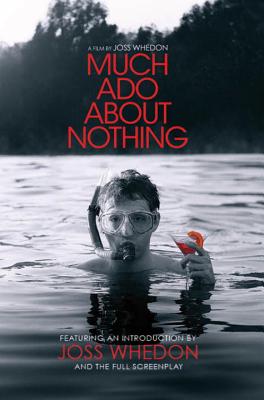 Much Ado About Nothing (Paperback)

A Film By Joss Whedon

Joss Whedon's new adaptation of Shakespeare's classic comedy has already been acclaimed as "a masterpiece".

This official book features an Introduction by Joss, his full screenplay, and a gallery of photos from the set. Also included is an extended interview with the director, discussing his approach to the play, and the production of the film, shot in just 12 days at Whedon's own house.

Joss Whedon is the creator and guiding light behind Buffy the Vampire Slayer, Angel, Firefly and Dollhouse. He also wrote and directed the movie Serenity, and, more recently,  The Avengers movie for Marvel.

Praise For Much Ado About Nothing: A Film By Joss Whedon…

" The interview with Whedon, as well as the behind the scenes photography, really bring value to the purchase price." - Geek Girl Project

"I love screenplay books, and this one is more than just a script. I highly recommend this for anyone who loves owning scripts, fans of Joss Whedon and anyone else who just wants to learn more about this very interesting Much Ado About Nothing." - Renegade Cinema