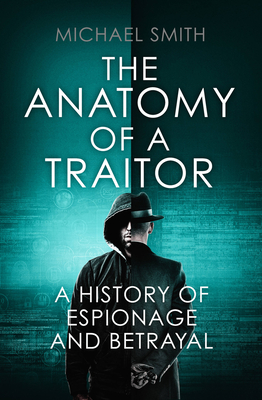 The Anatomy of a Traitor

A history of espionage and betrayal

In this compelling investigation, Michael Smith explores the critical moment in a spy’s life: that split-second decision to embrace a double life; to cheat and hide and hurt; to risk disgrace – even death – without any guarantee of being rewarded or even recognised.

Through in-depth insider knowledge, Michael Smith also uncovers new and unknown cases, including ISIS, President Trump’s links with Russia and Edward Snowden’s role as a whistleblower to offer compelling psychological portrait of these men and women, homing unerringly on the fault-lines and shady corners of their characters, their weaknesses and their strengths, the lies they tell other people, and the lies they always end up telling themselves.

MICHAEL SMITH is an award-winning journalist and the author of a number of bestselling books on spies, special forces and codebreaking. Formerly a member of the British Army's Intelligence Corps before joining the BBC, he has been a reporter and defence.