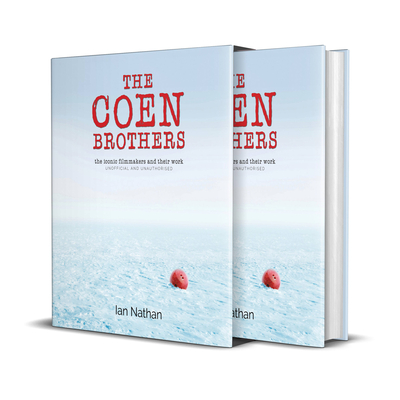 The iconic filmmakers and their work (Iconic Filmmakers Series)

Through in-depth and informative text written by film journalist Ian Nathan, The Coen Brothers Archive re-examines the brothers' most famous work including Raising Arizona, Fargo, The Big Lebowski, O Brother, Where Art Thou?, No Country for Old Men and True Grit. Plus, some of their cult films, like The Evil Dead, Paris je t'aime, and A Serious Man.

Packed with stunning images from the Kobal archives, this book will also highlight their surprising involvement in recent films like Bridge of Spies and Unbroken, as well as looking at those who they frequently collaborate with.


Praise For The Coen Brothers: The iconic filmmakers and their work (Iconic Filmmakers Series)…

'A book that cinephiles should look into...The Coen Brothers have their fan base for sure, and this book expertly caters to it. If you fall into that group, give it a look. You won’t regret it.'
- AwardsCircuit.com

'Nathan’s book is as fun to look at as it is informative.'
- MoviePie.com

Ian Nathan, who lives and works in London, is one of the UK’s best-known film writers. He is the author of nine previous books, including Alien Vault, the best-selling history of Ridley Scott’s masterpiece, Terminator Vault, Tarantino, Tim Burton, The Coen Brothers and Anything You Can Imagine: Peter Jackson and the Making of Middle-earth. He is the former editor and executive editor of Empire, the world’s biggest movie magazine, where he remains a contributing editor. He also regularly contributes to The Times, The Independent, The Mail on Sunday, Cahiers Du Cinema and the Discovering Film documentary series on Sky Arts.