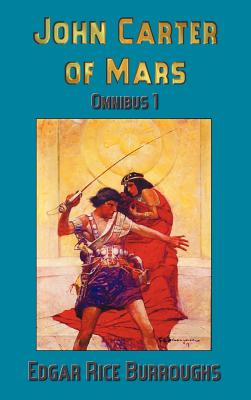 Omnibus 1: A Princess of Mars, the Gods of Mars, Warlord of Mars

Edgar Rice Burroughs produced some of the earliest and most influential pulp science fiction stories in his John Carter of Mars (or Barsoom) series. His tales of an exotic, scientifically advanced but decadent and warlike society, packed with extraordinary adventures, beautiful alien women and non-stop action, appealed vastly to an early twentieth century audience, and have spawned many retellings and imitations, across a multitude of media. This omnibus volume contains the first three novels in the cycle: A Princess of Mars, The Gods of Mars and Warlord of Mars, and centre on the exploits of John Carter, mysteriously transported from an Arizona cave to the Red Planet and the exquisite Dejah Thoris, a princess of her people, and still contain much to delight and entertain the modern reader.
or
Buy Here
(This book is on backorder)
Copyright © 2020 American Booksellers Association