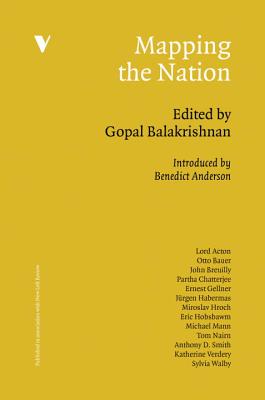 In nearly two decades since Samuel P. Huntingdon proposed his influential and troubling ‘clash of civilizations’ thesis, nationalism has only continued to puzzle and frustrate commentators, policy analysts, and political theorists. No consensus exists concerning its identity, genesis, or future. Are we reverting to the petty nationalisms of the nineteenth century or evolving into a globalized, supranational world? Has the nation-state outlived its usefulness and exhausted its progressive and emancipatory role?

Opening with powerful statements by Lord Acton and Otto Bauer—the classic liberal and socialist positions—Mapping the Nation presents a wealth of thought on this issue: the debate between Ernest Gellner and Miroslav Hroch; Gopal Balakrishnan’s critique of Benedict Anderson’s seminal Imagined Communities; Partha Chatterjee on the limitations of the Enlightenment approach to nationhood; and contributions from Michael Mann, Eric Hobsbawm, Tom Nairn, and Jürgen Habermas.

Praise For Mapping the Nation…

“Representative of serious left-of-center thinking on the subject of nationalism, and of great use as a general introduction to the topic.”—Francis Fukuyama