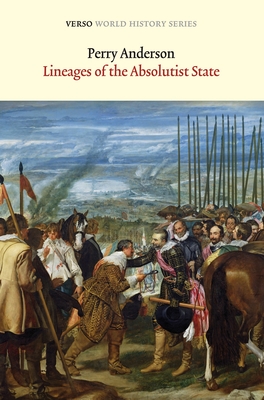 Forty years after its original publication, Lineages of the Absolutist State remains an exemplary achievement in comparative history. Picking up from where its companion volume, Passages from Antiquity to Feudalism, left off, Lineages traces the development of Absolutist states in the early modern period from their roots in European feudalism, and assesses their various trajectories. Why didn’t Italy develop into an Absolutist state in the same, indigenous way as the other dominant Western countries, namely Spain, France and England? On the other hand, how did Eastern European countries develop into Absolutist states similar to those of the West, when their social conditions diverged so drastically? Reflecting on examples in Islamic and East Asian history, as well as the Ottoman Empire, Anderson concludes by elucidating the particular role of European development within universal history.

“A dazzlingly provocative narrative of the two millenia between Pericles and Louis XIV.”—Sunday Times

“What an intellectual pleasure it has been to read these texts. Anderson has a real ability for illuminating and succinct generalization.”—Times Higher Educational Supplement

“The breathtaking range of conception and the architectural skill with which it has been executed make his work a formidable intellectual achievement.”—New York Review of Books

Perry Anderson is the author of, among other books, Spectrum, Lineages of the Absolutist State, Passages from Antiquity to Feudalism, Considerations on Western Marxism, English Questions, The Origins of Postmodernity, and The New Old World. He teaches history at UCLA and is on the editorial board of New Left Review.
Loading...
or support indie stores by buying on
(This book is on backorder)