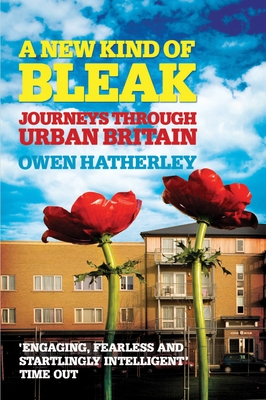 A New Kind of Bleak

This is what austerity looks like: a nation surviving on the results of what conservatives privately call “the progressive nonsense” of the Big Society agenda.

In a journey that begins and ends in the capital, but takes in Belfast, Aberdeen, Plymouth and Brighton, Hatherley explores modern Britain’s urban landscape and finds a short-sighted disarray of empty buildings, malls and glass towers. Yet while A New Kind of Bleak anatomizes “broken Britain,” Hatherley also looks to a hopeful future and discovers fragments of what it might look like.

Praise For A New Kind of Bleak: Journeys Through Urban Britain…

“A humanely barbed Nikolaus Pevsner for our times ... This book should be required reading for planners, developers and architects.”—Independent

“Hatherley has busily constructed a cult reputation as the angry young man of architectural criticism.”—Guardian

“Essential reading for anyone who ever feels their blood start to boil when they hear the word ‘regeneration.’”—Hari Kunzru

“A timely counterpoint to Britain’s jubilee and Olympics self-congratulation ... observed with a precision and fury to force you to open your eyes.”—Metro

Owen Hatherley is the author of the acclaimed Militant Modernism, a defense of the modernist movement, and A Guide to the New Ruins of Great Britain. He writes regularly on the political aesthetics of architecture, urbanism and popular culture for a variety of publications, including Building Design, Frieze, the Guardian and the New Statesman. He blogs on political aesthetics at <a href="http://nastybrutalistandshort.blogspot.com/">nastybrutalistandshort.blogspot.com</a>.
Loading...
or
Not Currently Available for Direct Purchase