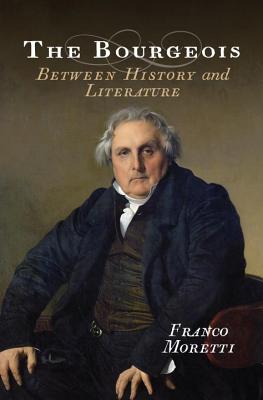 Between History and Literature

"I am a member of the bourgeois class, feel myself to be such, andhave been brought up on its opinions and ideals," wrote Max Weber, in 1895. Who could repeat these words today?
Thus begins Franco Moretti's study of the bourgeois in modernEuropean literature, where a gallery of individual portraits isentwined around the analysis of specific keywords such as useful and earnest, efficiency, influence, comfort, roba and of theformal mutations of the medium of prose. The book charts the riseand fall of bourgeois culture, exploring the causes for its historical
weakness, and searches for the seeds of its failures.


Praise For The Bourgeois: Between History and Literature…

‘Cleverly strips away the counting-house walls, watch chains and waistcoats to reveal a phase of middle-class history that was at least as anxious and self-scrutinising as its snobbish detractors could wish’ —Times Higher Education

‘It’s a rare literary critic who attracts so much public attention, and there’s a good reason: few are as hellbent on rethinking the way we talk about literature’ —Times Literary Supplement

‘An illuminating, data-rich analysis of a fraught and nuanced null set’ —New Inquiry

Franco Moretti teaches English and Comparative Literature at Columbia University. He is the author of "Signs Taken for Wonders," "The Way of the World" and "Modern Epic," all from Verso.
Loading...
or
Not Currently Available for Direct Purchase