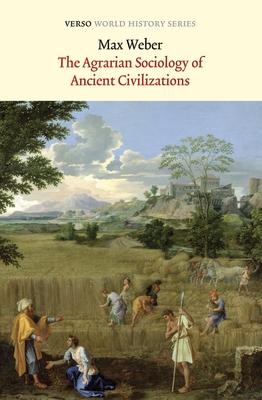 Max Weber, widely recognized as the greatest of the founders of classical sociology, is often associated with the development of capitalism in Western Europe and the analysis of modernity. But he also had a profound scholarly interest in ancient societies and the Near East, and turned the youthful discipline of sociology to the study of these archaic cultures.

The Agrarian Sociology of Ancient Civilizations – Weber’s neglected masterpiece, first published in German in 1897 and reissued in 1909 – is a fascinating examination of the civilizations of Mesopotamia, Egypt, Hebrew society in Israel, the city-states of classical Greece, the Hellenistic world and, finally, Republican and Imperial Rome. The book is infused with the excitement attendant when new intellectual tools are brought to bear on familiar subjects. Throughout the work, Weber blends a description of socio-economic structures with an investigation into mechanisms and causes in the rise and decline of social systems. The volume ends with a magisterial explanatory essay on the underlying reasons for the fall of the Roman Empire.

Max Weber was born in Erfurt, Germany in 1864 and died in Munich in 1920. His works are legion, but among the better known that are translated into English are Economy and Society, The Protestant Ethic and the Spirit of Capitalism, The City, and The Sociology of Religion.
Loading...
or support indie stores by buying on
(This book is on backorder)