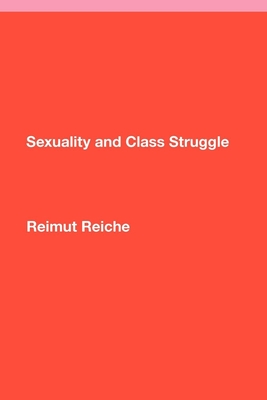 This book which combines the methods and results of both Freud and Marx is by one of the leaders of the West German student left during its most militant phase in the late 1960s. For reasons the author makes clear, the anti-authoritarian movement took more thorough¬going and trenchant forms in West Germany than anywhere else. A new sexual morality was not only preached but practised.

Is it possible, however – the author asks – that this new emphasis on sexual enlight¬enment and liberty can become merely a characteristic of Western capitalism, which serves to activate the market economy, deflect rebellion, and hence contribute to the preservation of the system? In answering this question Reiche explains and develops Marcuse’s widely misunderstood concept of ‘repressive desublimation’. He exposes the artificial and illusory nature of many attempts – in Germany and elsewhere – at ‘sexual liberation’, and shows why it is impossible to overcome sexual oppression and mystification in our society in isolation from the political struggle.

Reimut Reiche was born in Germany in 1941, left school when he was fifteen, and qualified for university from night school. He studied sociology in West Berlin and Frankfurt, and joined the German student socialist move¬ment – the SDS – becoming both one of its leading activists and chief theoreticians, publishing numerous articles in its leading journal, Neue Kritik. He was President of the SDS during the height of its activity in 1966–67. Among his other publications are an historical and theoretical study of colonial revolution, and a critique of Herbert Marcuse.
Loading...
or support indie stores by buying on