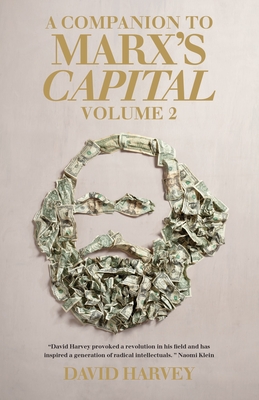 A Companion To Marx's Capital, Volume 2

The biggest financial crisis since the Great Depression shows no sign of coming to a close and Marx’s work remains key in understanding the cycles that lead to recession. For nearly forty years, David Harvey has written and lectured on Capital, becoming one of the world’s most foremost Marx scholars.

Based on his recent lectures, and following the success of his companion to the first volume of Capital, Harvey turns his attention to Volume 2, aiming to bring his depth of learning to a broader audience, guiding first-time readers through a fascinating and hitherto neglected text. Whereas Volume 1 focuses on production, Volume 2 looks at how the circuits of capital, the buying and selling of goods, realize value.

This is a must-read for everyone concerned to acquire a fuller understanding of Marx’s political economy.


Praise For A Companion To Marx's Capital, Volume 2…

"David Harvey provoked a revolution in his field and has inspired a generation of radical intellectuals."—Naomi Klein

"A consistently intelligent voice of the left."—Edwin Heathcote, Financial Times

Praise for A Companion to Marx’s Capital

"Harvey is a scholarly radical; his writing is free of journalistic clichés, full of facts and carefully thought-through ideas."—Richard Sennett

"Without a doubt one of the two best companions to Marx’s [Capital]."—Joshua Clover, Nation

"No short review can do justice to this outstanding book ... Essential."—Michael Perelman, Choice

David Harvey teaches at the Graduate Center of the City University of New York and is the author of many books, including Rebel Cities; Social Justice and the City; The Condition of Postmodernity; The Limits to Capital; A Brief History of Neoliberalism; and Spaces of Global Capitalism.
Loading...
or
Not Currently Available for Direct Purchase