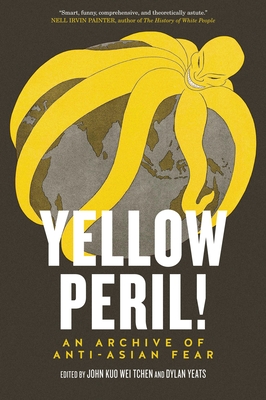 An Archive of Anti-Asian Fear

From invading hordes to enemy agents, a great fear haunts the West!

The “yellow peril” is one of the oldest and most pervasive racist ideas in Western culture—dating back to the birth of European colonialism during the Enlightenment. Yet while Fu Manchu looks almost quaint today, the prejudices that gave him life persist in modern culture. Yellow Peril! is the first comprehensive repository of anti-Asian images and writing, and it surveys the extent of this iniquitous form of paranoia.

Written by two dedicated scholars and replete with paintings, photographs, and images drawn from pulp novels, posters, comics, theatrical productions, movies, propagandistic and pseudo-scholarly literature, and a varied world of pop culture ephemera, this is both a unique and fascinating archive and a modern analysis of this crucial historical formation.

Praise For Yellow Peril!: An Archive of Anti-Asian Fear…

“A comprehensive archive of the underbelly of anxiety and hatred. As the US economy suffers from acute indigestion, ‘China,’ like ‘Japan’ before it, will provide a dishonest salve. Close attention to the history of the ‘yellow peril’ will protect the good-minded from falling deep into the well of is virulence.”
—Vijay Prashad, author of The Poorer Nations: A Possible History of the Global South

“An exhaustive but not exhausting set of readings.”
—Sander L. Gilman, author of Smart Jews and Fat: A Cultural History of Obesity

“In this illuminating book, Tchen and Yeats address the political and cultural legacy of yellow perilism, that set of beliefs and practices stemming from a long tradition of othering, identity formation, and binary divisions of ‘the West’ and ‘the East’ … What emerges is a compelling case that cultural and political change is needed, and that change is possible only through ‘historical recognition,’ which, Tchen and Yeats say, leads to ‘reckoning and action.’”
—Publishers Weekly

John Kuo-Wei Tchen is a professor at New York University, the author of New York Before Chinatown, and co-founder of the Museum of Chinese in America.

Dylan Yeats is a doctoral candidate at New York University.
Loading...
or
Not Currently Available for Direct Purchase