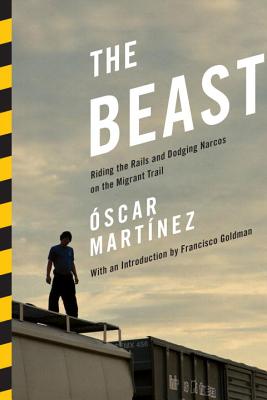 ONE OF THE BEST BOOKS OF THE YEAR, The Economist and The Financial Times

“Forget the rhetoric, the politics, and the propaganda. The Beast is the real story of the drug war.”
—Lithub

Óscar Martínez writes for ElFaro.net, the first online newspaper in Latin America. The original edition of his book Los migrantes que no importan was published in 2010 by Icaria and El Faro and a second edition by Mexico’s sur+ Ediciones in 2012. Martínez is currently writing chronicles and articles for El Faro’s project, Sala Negra, investigating gang violence in Latin America. In 2008, Martínez won the Fernando Benítez National Journalism Prize in Mexico, and in 2009, he was awarded the Human Rights Prize at the José Simeón Cañas Central American University in El Salvador.
Loading...
or
Not Currently Available for Direct Purchase