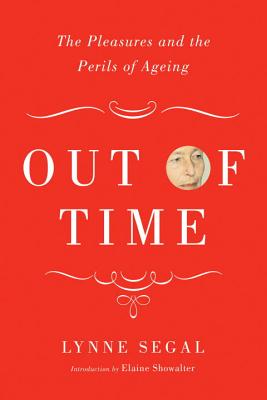 The Pleasures and the Perils of Ageing

A brave book with a polemical argument on the paradoxes, struggles and advantages of aging.

How old am I? Don’t ask, don’t tell. As the baby boomers approach their sixth or seventh decade, they are faced with new challenges and questions of politics and identity. In the footsteps of Simone de Beauvoir, Out of Time looks at many of the issues facing the aged—the war of the generations and baby-boomer bashing, the politics of desire, the diminished situation of the older woman, the space on the left for the presence and resistance of the old, the problems of dealing with loss and mortality, and how to find victory in survival.

Praise For Out of Time: The Pleasures and the Perils of Ageing…

“So what does it mean to age gracefully? How is this done? These questions are at the centre of a thoughtful new book from Lynne Segal.”
—Economist

“Out of Time is a thoughtful, reflective book. It encourages people to keep dreaming, keep fighting, and perhaps most of all keep living.”
—Pop Matters

“In this courageous study, Lynne Segal addresses the vicissitudes of ageing, a process that lies in wait for us all. She turns on the subject a critical eye honed by social psychology, psychoanalysis, feminism and radical politics. An original, probing and unsettling exploration.”
—Stuart Hall, author of Representation

“It’s about time for a book like Out of Time, compassionate, seasoned, honest, and wise, which asks questions about age but aims to enlighten, rather than frighten us. Read on!”
—Elaine Showalter, author of A Jury of Her Peers

“One of the most capacious readers of feminism and sexuality studies I have ever encountered.”
—Judith Butler

“Passionate, lucid, and shockingly candid … a clarion call to those who see feminism as a redundant cause.”
—Helen Walsh

Lynne Segal is Anniversary Professor of Psychology and Gender Studies in the Department of Psychosocial Studies at Birkbeck College. Her books include Is the Future Female? Troubled Thoughts on Contemporary Feminism; Slow Motion: Changing Masculinities, Changing Men; and Straight Sex: Rethinking the Politics of Pleasure. She co-wrote Beyond the Fragments: Feminism and the Making of Socialism with Sheila Rowbotham and Hilary Wainwright.
Loading...
or
Not Currently Available for Direct Purchase