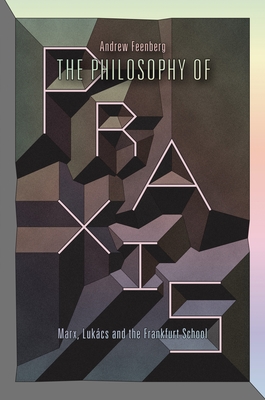 The early Marx called for the “realization of philosophy” through revolution. Revolution thus became a critical concept for Marxism, a view elaborated in the later praxis perspectives of Lukács and the Frankfurt School. These thinkers argue that fundamental philosophical problems are, in reality, social problems abstractly conceived.

Originally published as Lukács, Marx and the Sources of Critical Theory, The Philosophy of Praxis traces the evolution of this argument in the writings of Marx, Lukács, Adorno and Marcuse. This
reinterpretation of the philosophy of praxis shows its continuing relevance to contemporary discussions in Marxist political theory, continental philosophy and science and technology studies.

“Feenberg’s subtle and wide-ranging study of Lukács’ History and Class Consciousness teaches forward to Marcuse and the Frankfurt School and backwards into Marx’s 1844 manuscripts. The book offers a whole new framework in which to grasp the history of Marxist theory, at the same time restoring Marcuse’s centrality in it.” —Fredric Jameson

“A vigorous and thoughtful reassessment of both Lukács and the Western Marxist
tradition … of great interest to anyone interested in critical theory or continental
philosophy.” —Robert Pippin


"A model of lucid and sophisticated intellectual history."—Martin Jay, University of California, Berkeley

"Poses the central problem of history in such a way that every reader can identify its elements…. The author knows the subject thoroughly, and illuminates many points in the texts of his main authors, as well as in those of such subsidiary figures as Marcuse and Habermas."—Review of Metaphysics

Andrew Feenberg is the author of Lukács, Marx and the Sources of Critical Theory (1981), Critical Theory of Technology (1991), Alternative Modernity (1995), Questioning Technology (1999), When Poetry Ruled the Streets: The May Events of 1968 (2001), Transforming Technology (2002), Heidegger and Marcuse: The Catastrophe and Redemption of History (2005), and Between Reason and Experience: Essays in Technology and Modernity (2010), The Philosophy of Praxis (2014), Technosystem: The Social Life of Reason (2017), and Nishida, Kawabata, and the Japanese Response to Modernity (2019).