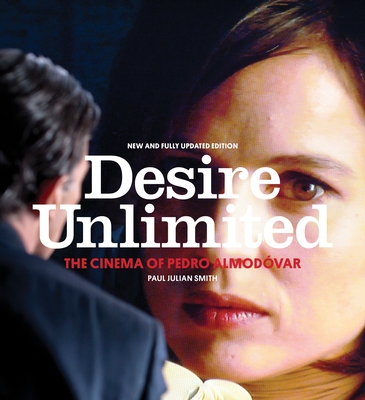 The Cinema of Pedro Almodóvar

In the last decade, Spanish auteur Pedro Almodóvar has grown from critical darling of the
film circuit scene to mainstream success. Frequently comic, often deadly serious, always
visually glorious, his recent films range from the Academy Award–winning drama Talk to
Her to the 2011 horror film The Skin I Live In. Though they are ambitious and varied in style,
each is a distinctive innovation on the themes that have defined his work.

Desire Unlimited is the classic film-by-film assessment of Almodóvar’s oeuvre,
now updated to include his most recent work. Still the only study of its kind in English,
it vigorously confirms its original argument that beneath Almodóvar's genius for
comedy and visual pleasure lies a filmmaker whose work deserves to be taken with the
utmost seriousness.

Praise For Desire Unlimited: The Cinema of Pedro Almodóvar…

Paul Julian Smith is a professor at the City University of New York. His previous books include Vision Machines: Cinema, Literature and Sexuality in Spain and Cuba, 1983–1993 and The Moderns: Time, Space and Subjectivity in Contemporary Spanish Culture.
Loading...
or
Not Currently Available for Direct Purchase