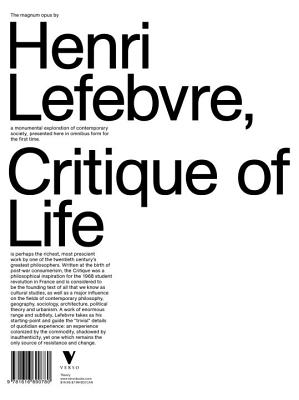 
Praise For Critique of Everyday Life…

Henri Lefebvre (1901-1991), former resistance fighter and professor of sociology at Strasbourg and Nanterre, was a member of the French Communist Party from 1928 until his expulsion in 1957. He was the author of sixty books on philosophy, sociology, politics, architecture and urbanism. "From the Trade Paperback edition."
Loading...
or
Not Currently Available for Direct Purchase