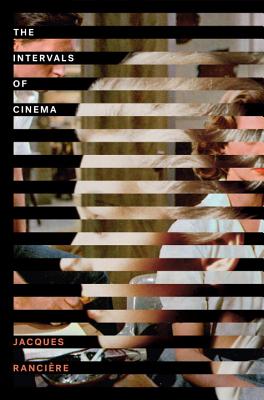 The Intervals of Cinema

Cinema, like language, can be said to exist as a system of differences. In his latest book, acclaimed philosopher Jacques Rancière looks at cinematic art in comparison to its corollary forms in literature and theatre. From literature, he argues, cinema takes its narrative conventions, while at the same time effacing literature’s images and philosophy; and film rejects theatre, while also fulfilling theatre’s dream.

Built on these contradictions, the cinema is the real, material space in which one is moved by the spectacle of shadows. Thus, for Rancière, film is the perpetually disappointed dream of a language of images.

Praise For The Intervals of Cinema…

“Rancière’s writing is remarkably clear, in keeping with his highly egalitarian politics. This is not to say that his writing is not as beautiful as some of the most linguistically pyrotechnic of French philosophers: Cixous, Kristeva, Barthes, Foucault, Derrida. Its beauty emerges not from the play of the signifier, but from a passionate belief that his arguments—in this case, these readings of moments in the history of cinema, collected under the title The Intervals of Cinema—are accessible to anybody.”
—3:AM

“The Intervals of Cinema restores something vital to political thought and practice that the pursuit of a perspective free from ideology often suppressed: the positive capacity we all share to forge or reshape our own fictions. Whether we are prepared to make the leap to equality remains to be seen. But with Intervals, Rancière proves that there is cinema waiting for us if we do.”
—Canadian Society for Continental Philosophy

“Rancière presents a compelling argument for the true value of film and how the cinematic apparatus operates outside of its narrative and artistic influences.”
—Pop Matters

“This is a welcome addition to the growing body of work by Rancière in translation, and will be essential and enjoyable reading for students of the theory of cinema.”
—Review 31

Jacques Ranciere is Emeritus Professor of Philosophy at the University of Paris–VIII. His books include Aisthesis; On the Shores of Politics; Proletarian Nights; The Future of the Image; and The Emancipated Spectator.
Loading...
or
Not Currently Available for Direct Purchase