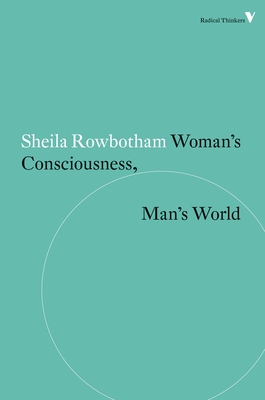 A groundbreaking contribution to debates on women’s oppression and consciousness, and the connections between socialism and feminism, this foundational text shows how the roles women adopt within the capitalist economy have shaped ideas about family and sexuality. Examining feminist consciousness from various vantage points – social, sexual, cultural and economic – Sheila Rowbotham identifies the conditions under which it developed, and how the formation of a new “way of seeing” for women can lead to collective solidarity.

“Rowbotham is one of Britain’s most important, if unshowy, feminist thinkers, and a key figure of the second wave.” —Melissa Benn, Guardian

Sheila Rowbotham was one of the leading figures behind the Women’s Liberation Movement in Britain, and is an Honorary Fellow at Manchester University. She is also a Fellow of the Royal Society of Arts. Her many books include Dreamers of a New Day; Women, Resistance and Revolution; and the Lambda Literary Award–winning Edward Carpenter.
Loading...
or
Not Currently Available for Direct Purchase