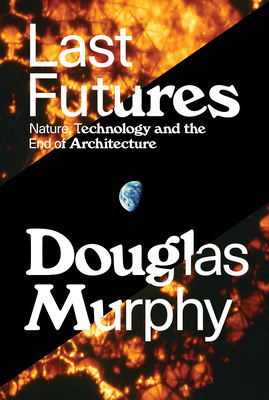 Nature, Technology and the End of Architecture

Whatever happened to the last utopian dreams of the city?

In the late 1960s the world was faced with impending disaster: the height of the Cold War, the end of oil and the decline of great cities throughout the world. Out of this crisis came a new generation that hoped to build a better future, influenced by visions of geodesic domes, walking cities and a meaningful connection with nature. In this brilliant work of cultural history, architect Douglas Murphy traces the lost archeology of the present day through the works of thinkers and designers such as Buckminster Fuller, the ecological pioneer Stewart Brand, the Archigram architects who envisioned the Plug-In City in the ’60s, as well as co-operatives in Vienna, communes in the Californian desert and protesters on the streets of Paris. In this mind-bending account of the last avant-garde, we see not just the source of our current problems but also some powerful alternative futures.

Douglas Murphy trained as an architect at the Glasgow School of Art and the Royal College of Art, and is currently architecture correspondent at Icon magazine, as well as writing for a wide range of publications on architecture, fine art and photography. His first book was The Architecture of Failure.

Praise For Last Futures: Nature, Technology and the End of Architecture…

“Last Futures is to the end of mid-century experimentalism what the Zapruder film is to the death of Kennedy: a weird and gripping replay, full of period grain, each frame posing questions about whether things could have been played out differently.”
—Times Literary Supplement

“No one warns you that when you get old eras that you lived through are, to the next generation, history. And it is salutory to have one of the wilder fringes of that history recounted with the acuity, sympathy and fluency Douglas Murphy brings to it. The cast is extraordinary: oddballs, philosophers, seers—and a few frauds.”
—Jonathan Meades

“Murphy outlines both some well known and some intriguingly novel suggestions for why the enthusiasm for ‘omni-infrastructural’ utopian frames went away…[Last Futures’s] motley quality is in no way a fault of Murphy’s approach, but rather a real advantage of his method as a cultural historian. A strength of Murphy’s book is that he depicts both the general outlines and some of the juiciest details of these complex historical moments without distilling them into a deceptively linear chronology or a progression of mere styles.”
—David Wittenberg, Los Angeles Review of Books

“Murphy tells the story of this counter-revolution pithily and well … A fresh and haunting way of explaining what happened to the radical ’60s and ’70s as a whole, in Murphy’s view quite possibly the last chance the west had of creating a decent and environmentally sustainable society.”
—Andy Beckett, Guardian

“In Last Futures, such one-time commonplaces as three day weeks, the elimination of labour, geodesic domes, walking cities, space colonies and industrialised housing are removed from dimwitted ‘where’s my jetpack’ nostalgia and put back into history. In so doing, Douglas Murphy performs the useful service of making clear when the ideas of the unrealised futures of the 1960s and 1970s were stupid and wasteful, and when they were exceptionally smart—serious solutions to problems we still haven’t solved, and problems we seem intent on making considerably worse. Last Futures is the Silent Running to contemporary architecture’s The Fountainhead.”
—Owen Hatherley, author of Landscapes of Communism

“A fluent, chronological narrative in which oddities from the recent past form sequences in an unfolding drama … Murphy deploys his storytelling with great effect.”
—Architecture Today