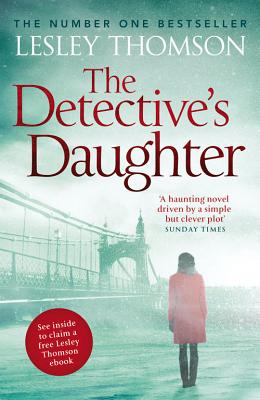 It was the murder that shocked the nation. Thirty years ago Kate Rokesmith went walking by the river with her young son. She never came home. For three decades her case file has lain, unsolved, in the corner of an attic—until Stella Darnell, daughter of Detective Chief Superintendent Darnell, starts to clear out her father’s house after his death.

"A haunting novel about loss and reconciliation, driven by a simple but clever plot."  —Sunday Times

"This book has a clever mystery plot—but its excellence is in the characters, all credible and memorable, and in its setting in a real West London street, exactly described."  —Literary Review

Lesley Thomson is the author of "A Kind of Vanishing," which won the People's Book Prize.

This is a novel that takes place in two different time eras. Discuss how the two stories fit together.

What is the significance of the prologue?

A major theme in the novel is loss and grief. Discuss how this is played out in the two protagonists, Stella and Jack.

A major character in the novel – the detective – appears in only one scene, how much do we have a sense of Terry Darnell?

Discuss the representation of children in the novel. How do the interactions of Simon and Justin contribute to the drama?

How much does place – London, the River Thames and an isolated village in Sussex impact on the story?

How does the author use extreme weather (snow) in the story?

Describe the relationship between the detective (Terry Darnell) and his daughter Stella. Does this change as the novel progresses?

Does Stella’s work as a cleaner have synergy with her father’s role of detective?

What role does modern technology – Streetview/mobile phones – play in solving the murder?