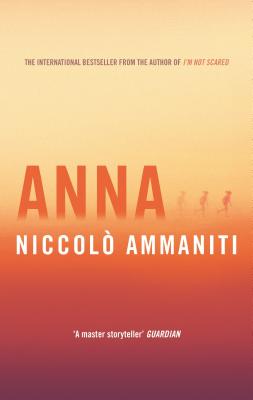 It is four years since the virus came, killing every adult in its path. Not long after that the electricity failed. Food and water started running out. Fires raged uncontrolled across the country.

Now Anna cares for her brother alone in a house hidden in the woods, keeping him safe from 'the Outside', scavenging for food amid the packs of wild dogs that roam their ruined, blackened world.

Before their mother died, she told them to love each other and never part. She told them that, when they reach adulthood, the sickness will claim them too. But she also told them that someone, somewhere, will have a cure. When the time comes, Anna knows, they must leave their world and find another.

By turns luminous and tender, gripping and horrifying, Anna is a haunting parable of love and loneliness; of the stories we tell to sustain us, and the lengths we will go to in order to stay alive.

Niccol� Ammaniti was born in Rome in 1966. He is the author of six novels translated into English and two short story collections. Several of his novels have been adapted for film, including Steal You Away, which was longlisted for the Independent Foreign Fiction Prize, The Crossroads, winner of the Premio Strega Prize 2007, and the international bestseller I'm Not Scared, which won the prestigious Italian Viareggio-Repaci Prize for Fiction and has been translated into thirty-five languages.
Loading...
or support indie stores by buying on